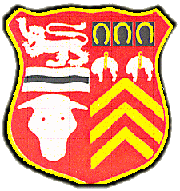 The Mark Degree has been worked in Gloucestershire and Hereford for over 150 years and now consists of twenty Mark Lodges and ten Royal Ark Mariner Lodge. The oldest, Cheltenham and Keystone No. 10, predates the foundation of the Provincial Grand Lodge in 1879.

Most masonic centres in the two counties, which make up the Province, have a Mark Lodge associated with them. Please look at the Lodge Page to see where Mark Masons meet.

The Book of Constitutions tells us that Antient Masonry consists of three degrees and including the Holy Royal Arch.

This is a somewhat strange statement bearing in mind that prior to the union of the Two Grand Lodges in 1813, a form of Mark Degree was extensively worked both in London and the Provinces. Indeed there is clear evidence that the degree was worked in 1756 and there exists a document in the Provincial Grand Lodge of Durham the last page of which is dated 1756 and reads, “There being met part of the Lodge they taking in their serious consideration that no member of the said Lodge Shall be made a Mark Mason without paying the fee of one Scots Mark.........’ .

Nevertheless in England, the Mark Degree is a separate entity with its own Grand Lodge, which was founded on 23rd June 1856. The first Grand Master was The Rt,Hon., The Lord Leigh, who was at the time the Provincial Grand Master of Warwickshire Craft Lodges. In other Constitutions throughout the World, the Mark is part of either Craft or Royal Arch Masonry, and a candidate may be given the Mark Degree as soon as he has become a Master Mason, either in the Craft Lodge or in the Royal Arch Chapter as a preliminary degree.

The Mark Degree is one of hope and encouragement and the ritual is built on a single verse from Psalm 118 "The stone which the builders rejected has become the head stone of the corner." It deals with the building of King Solomon’s Temple and the various Craftsman employed, but its real message is one of contemplation of human strength and weakness. The Degree contains many messages for the discerning man and illustrates that the wisest of men can be mistaken, that the experts are often wrong, that the weakest often often display perseverance far better than the strongest, that the insignificant has a potential for distinction and that we all have a part to play in the Building of Life.

It is for each to put his own interpretation on the message which the degree proclaims, but there is a clear encouragement that no man is beyond redemption, and the possibility of distinction is always within our power. Whatever one’s religion there is a clear message of hope and for the Christian, Peter, in the Book of Acts, states of Jesus, "This is the stone which was set at naught by you builders, which is become the Head of the Corner".

Finally the Degree reminds us that when all the wisest and cleverest of men were gathered together Only One looked towards the West and saw a sunbeam strike the roof of the Temple. The Degree represents the everyday life of each one of us, for the stone hewn from virgin rock depicts us all on our journey through life. Its final recognition as perfection, should be the guide to our conduct through life that "we may be found worthy".

The Ancient and Honourable Fraternity of Royal Ark Mariners, more commonly known as RAM or Mariners, has been under the jurisdiction of the Grand Lodge of Mark Master Masons since 1871 and governed by the Grand Masters Royal Ark Council. However in 1884 Mark Grand Lodge purchased from Morton Edwards, the brother who sold whatever rights he had to the Degree of Royal Ark Mariner for the sum of £25. The receipt for which is still in possession of Mark Grand Lodge.

Lodges are moored to Mark Lodges and assume the same name and number. To be a member the candidate must have been advanced as a Mark Master Mason. In chronological terms it precedes the Mark by hundreds of years because it relates to the building and voyage of Noah’s Ark and the Great Flood and its characters are unique in Freemasonry. There are 10 Royal Ark Mariner Lodges in our Province and membership is steadily on the increase.

This beautiful and exclusive Degree is restricted to those Brethren who are already Mark Master Masons. To many Masons who do not know much about it, even to many Mark Master Masons who have not gone on to become Ark Mariners, the Royal Ark Mariner can seem to be just a quaint, short little degree about Noah’s Flood whose members wear rainbow coloured aprons.

It may be attached to the Mark degree, but it is often dismissed as being of very little ritual significance. This could not be more wrong. Those who are ‘elevated’ as Royal Ark Mariners, and who take the slightest interest in Ark Masonry, soon realise that it is simple and beautiful, rather than superficial or trivial. The great point about the Royal Ark Mariner, as many have said, is that it further develops the idea that is the keynote of initiation: the making of a new beginning or the adoption of a new outlook on life.

The degree is based on one of the oldest stories in the Bible; that of God saving Noah and his family from the destruction metered out to all others. The ritual focuses on those attributes and virtues exemplified by Noah, and the symbolic uses of the working tools of the degree, are beautifully and informatively explained. The explanation of the steps taken to move from the West to the East is particularly important in this degree, as are the addresses by the three principal officers to the candidate after he has been entrusted with the traditional secrets.

The candidate is clearly and, particular in this Fraternity, kindly instructed in his obligations to others and to his God. Above all there is a different feel about this degree than many others. This is difficult to explain. The degree is not homily; the symbolism in Ark Masonry is anything but basic. But, there is a very real closeness between the members and the candidate; indeed the installation of the Worshipful Commander ritualistically stresses this very real bond and the Address to the new Worshipful Commander by the outgoing Immediate Past Commander is particularly apt in this regard. Indeed, since the ritual was revised in 1994, the Worshipful Commander speaks of Ark Masonry as a Fraternity of Royal Ark Mariners, rather than merely as a degree.