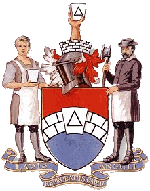 The Mark Degree is the third-largest order in English Freemasonry, after Craft and the Royal Arch. Before the forming of the United Grand Lodge in 1813 the Mark ceremony was conducted in many Craft Lodges as an extension to the degree of a Fellowcraft, as it still is in Scotland. In many other parts of the world the Mark degree is conferred as part of Royal Arch masonry. More information can be found in Wikipedia

The Royal Ark Mariner degree is a separate but associated degree. It is conferred on Mark Master Masons by Royal Ark Mariner Lodges, each of which, although separately warranted, is "moored" to a Mark Lodge and shares its number.

The Grand Lodge of Mark Master Masons administers Provinces and Lodges throughout England and Wales, and Districts and Lodges overseas, from Mark Masons' Hall in London. The Mark Grand Lodge rules the Mark degree and the Grand Master's Royal Ark Mariner Council rules the R.A.M. degree.

The relationship with the United Grand Lodge of England was cemented in 2006. H.R.H. Prince Michael of Kent, Mark Grand Master, presided over a celebration of its 150th anniversary in the Royal Albert Hall. The UGLE Grand Master, H.R.H The Duke of Kent was the principal guest, along with heads of many other Orders, and the two Royal Brothers and Grand Masters retired together from the ceremony.